Virgin Mary Pistol Grip is an Omaha, Nebraska based band with a name derived from an old spaghetti western film. Described as 3AM manic poetry put to music, VMPG fuses a 70’s style rhythm section with early 90’s riff driven guitars. Poignant and heartfelt lyrics touch on ever-present issues such as suicide and drunk driving, to the complexities of love.

Encouraging interaction, sing alongs, and even a few rapid-fire jam session Polaroid photo shoots, Virgin Mary Pistol Grip elevates their audience to the same level of energy as their music. Frontman Jales Hupke radiates a natural vibrancy that reels in audiences from the first note to the last.

VMPG’s passion is not exclusive to the stage. The band has donated their time and talent in support of the Mid America Chapter of the National MS Society, non-profit food drives and benefit shows. Most recently, VMPG has started a mental health and suicide awareness campaign called Blue Fingernails – a trademark of the lead singer’s left hand.

Virgin Mary Pistol Grip started their career with a bang. The band released their first full-length, self titled album at their debut performance – ensuring the audience could leave with a physical copy of the music they had just heard (2013). Since that time, VMPG has gone on to receive praise and accolades, including a ‘New Artist of the Year’ nomination from the Omaha Entertainment and Arts Awards (2015), and winner of the 2018 Focus Omaha Gen-X Band Battle. Virgin Mary Pistol Grip has been included on REVERB’s Summer Hits Spotify playlist and featured on 89.7 The River’s weekly radio show, Planet O.

Continuous self-promoting led the band to collaborate with Los Angeles producer, Bob Marlette, on their follow up EP, Secret Codes (2017). Secret Codes was recorded at Omaha’s Make Believe Studios and at Blue Room Studios in Los Angeles. VMPG is excited to be working with Marlette again, as they record their next full-length album in Summer 2021! 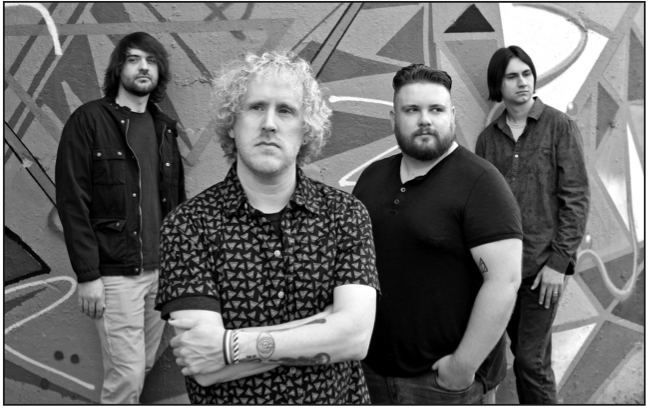 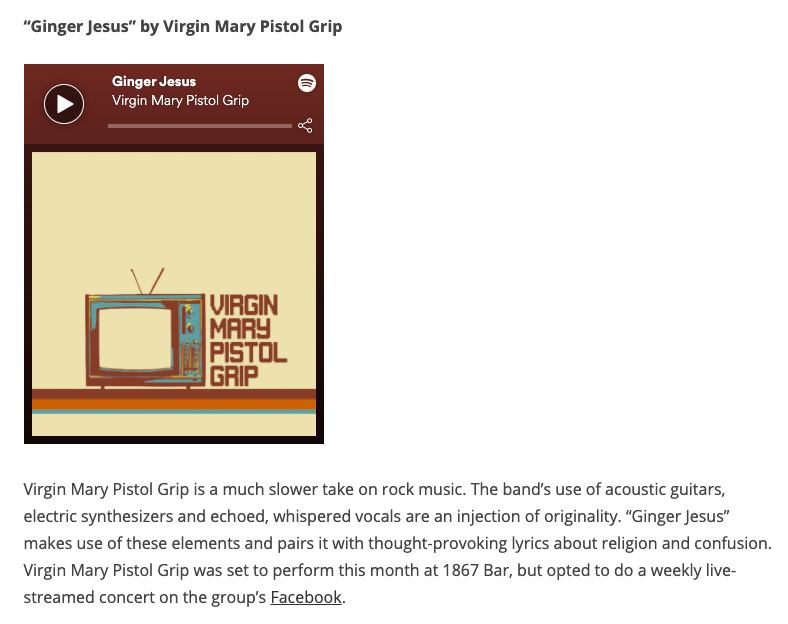 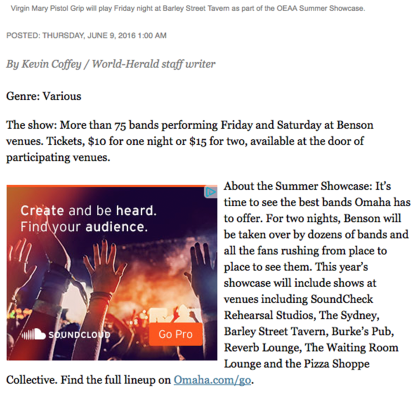 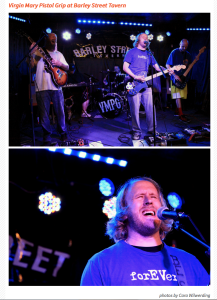 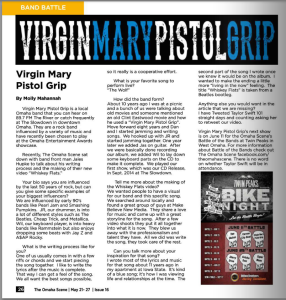 OMAHA WORLD HERALD 11.06.2014
“The standout song is “Whiskey Flats,” a strummy tune with a bit of a country flair that sounds like the Eagles cranking up the distortion, with singer/guitarist Jales Hupke’s voice being a near-perfect reflection of The Samples’ Sean Kelly.” ~ Kevin Coffey, OWH

This site uses Akismet to reduce spam. Learn how your comment data is processed.